Lincoln Public Schools announced on Friday that Jeff Vercellino, current Cavett Elementary School principal, will serve as the first principal of the new Ada Robinson Elementary School located in northeast Lincoln. Opening in the fall of 2022, the school was named for the long-time LPS educator known for building relationships and serving multiple generations of students.

LPS Superintendent Steve Joel said he is excited for Vercellino and the opportunity to open the newest LPS elementary school in northeast Lincoln.

“Like Robinson who prides herself on building lasting relationships with her students, Jeff is a proven instructional leader who values nurturing meaningful relationships with staff, students and families,” added Joel. “Robinson Elementary students will benefit from his passion to see each and every student grow and succeed.”

“I am elated to have the opportunity to serve as the first principal of Ada Robinson Elementary,” Vercellino said. “Mrs. Robinson is an inspirational educator. One who genuinely cared for, respected, and connected with all students she came into contact with.  I look forward to collaborating with Mrs. Robinson and her family as we carry on her legacy in northeast Lincoln.”

Vercellino will transition to his new position in January. LPS will appoint an interim principal to the position to finish out the school year. 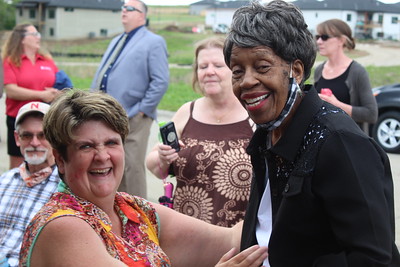